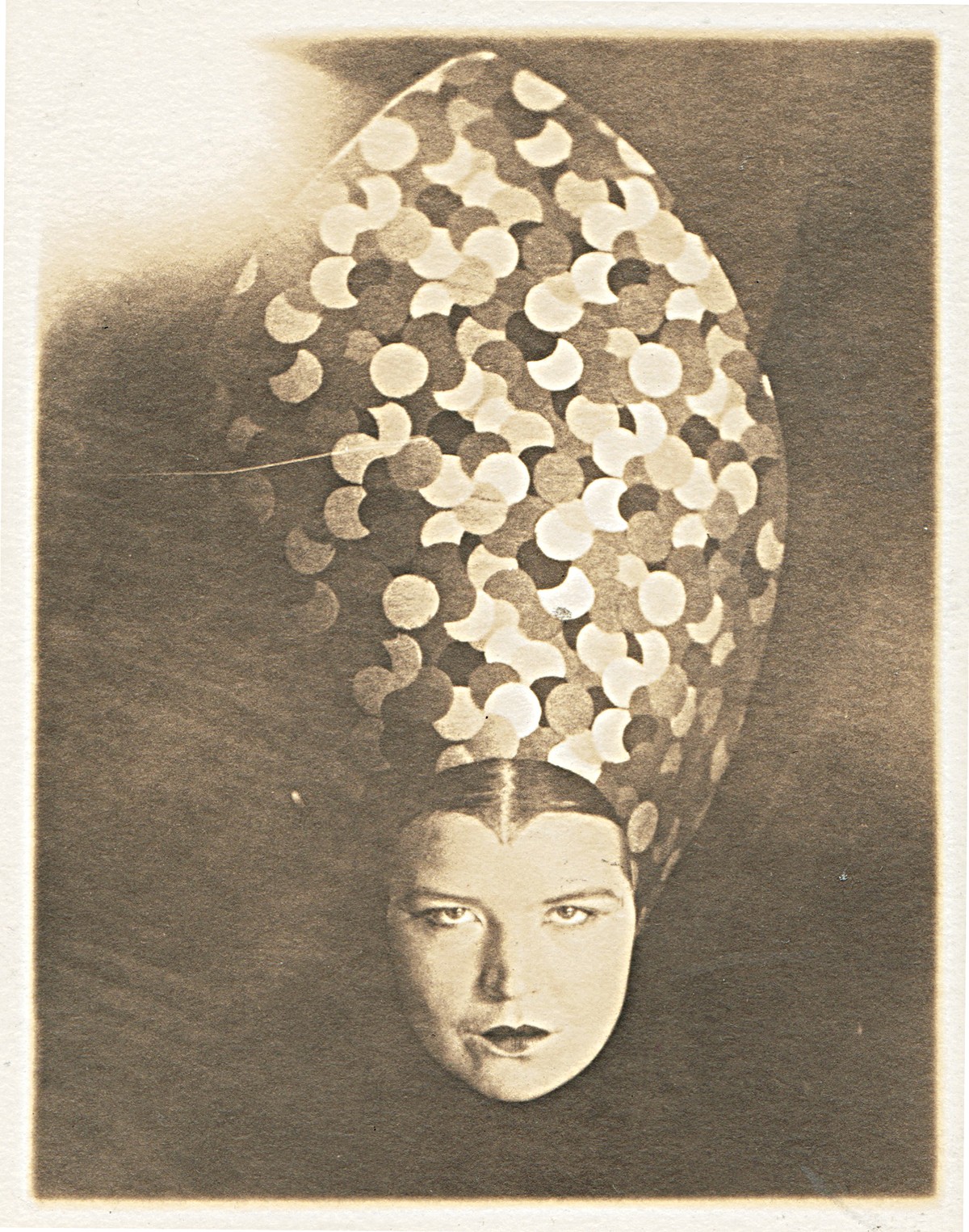 “Untitled (Courtney with Headdress)” is on view at the Buckland Museum. Photo courtesy of the Stephen Romano Gallery

Through Nov. 3 at The buckland Museum of witchcraft and magick, 2155 Broadview Rd.

If you are at all a fan of vintage Hollywood, photography, technique, history or just really want to see some fantastic portraiture, you will find it all in William Mortensen's Witches, now on view at the Buckland Museum of Witchcraft and Magick (2155 Broadview Rd.), in the Old Brooklyn neighborhood. As we entered, we expected the work to be spread out, but it was on one wall and installed salon-style. In doing so, the museum did a wonderful service to the late artist and his art.

You may not have heard of Mortensen. There was a campaign by other photographers to wipe his name from history books. Ansel Adams referred to him as "the Anti-Christ," presumably for his unorthodox technique. Before Photoshop and Instagram filters, there was William Mortensen, master of photo manipulation. Using abrasion, metal chrome, color pigmenting, prismatic and all-color processing, Mortensen created a body of work from the grotesque to the sublime.

Reportedly, the infamous filmmaker Cecil B. DeMille gave Mortensen his first job as the still photographer for his film King of Kings. He then went on to become a giant in Hollywood, shooting for the magazine Vanity Fair and creating portraits of some of the greatest names at that time (the 1920s to '40s).

Schooled as a painter at the Art Students League in New York City, Mortensen was influenced by the Old Masters, which is quite evident in Witches. What we cannot escape in these portraits, aside from their hypnotic gaze, is the raw power and emotion that Mortensen has exorcised from his subjects.

In the highly potent portrait "Madame LaFarge," for example, he captures the shape-shifting widow as she shrieks out into the void. Her hair cascades in front of her shoulder to her bosom; her hands clutch tight to a short wall. It's a wild scene. "Ho Ho Off to Sabbath" looks like an engraving more than a photograph. This keen nude portrait of a witch riding her broomstick is elegant and gushes with motion as the beautiful figure hovers above the sharp spires of buildings beneath.

Two great examples of Mortensen's genius with photo manipulation are "The Old Hag with Mask" and "The Old Hag with Incubus." Both photographs include the same personage, but mirrored. The latter is incredibly frightening and so realistic we believe these images to be the truth.

Mortensen is clearly at one with his technique in "The Tantric Priest" and "Jezebel," which so incredibly resemble paintings it's difficult to retrain the eye to recognize these works as photographs. We examined these pieces for a very long time and could not figure out how he created them.

Finding inimitable beauty in the grotesque is a key motivation in the artist's work, of course. "The Old Hag with Skull" and "The Old Hag with Skull and Scrying Bowl" also held our attention as we studied the face of the old hag. Her mouth slightly ajar, she looks as if she is reanimated from the dead in these incredible portraits.

Finally, we have "Untitled (Courtney with Headdress)" with her widow's peak balancing the peak of the headdress. Her face is the epitome of symmetry. Her eyes stare right through us, peering into our soul. She looks like she is about to deliver an incantation to end all incantations, but doesn't need to. The strength of this portrait is fabulous.

In the documentary, Monsters and Madonnas: The World of William Mortensen, narrator Vincent Price refers to photography as a land of extremes and bondage to a particular time and place. Witches takes us to those extremes. According to one of his models, the actress Jeanne Craine, Mortensen worked 14 hours per day. While that may seem like a long day to most, in order for the artist to pull exactly what he wanted, those long days were a necessity.

Witches is a gathering of photographic portraits that are not large. They appear to be the standard 8-by-11-inch size and yet they feel huge. This can be attributed to those long hours Mortensen labored over each piece, as if he was conjuring each image's spirit from within.

This is one of the top exhibitions we've seen this year and we love that it is so intimately delivered. No wonder Ansel Adams felt threatened. William Mortensen took the intimate and made it larger than life, and his techniques have influenced photographers and artists to this day. Witches is on view now through Nov. 3, in collaboration with the Stephen Romano Gallery (2155 Broadview Rd.)