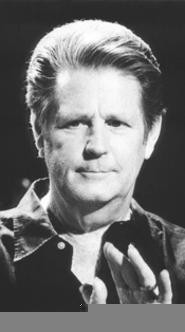 Brian Wilson just wasn't made for these times.
As dysfunctional as he is talented, former Beach Boy Brian Wilson might sport an outdated '60s look -- he's got dewy eyes, is appealingly chubby-looking, and fashions his hair after Prince Valiant. But that's simply because he, more than most other seminal rockers, is the perpetual child, stuck in that perpetually adolescent and singular decade. Wilson, along with his Beach Boys family, largely defined white American pop in the '60s. Not only did the Beach Boys invent the California sound and personify the California dream, they helped introduce the symphonic to pop and made innocence, even introspection, key values in songwriting and the overall culture.

The Beach Boys also were the only American group to seriously challenge the Beatles for pop supremacy. Wilson says he never met John Lennon, but the two groups occupied the same high plane in 1966, the year of the Beatles' Rubber Soul and the Beach Boys' Pet Sounds. Not only does Pet Sounds feature exceptional harmonies, this richly imaginative choral work was written by a person deaf in his right ear. Brian's father, Murry, himself the son of an abusive father, struck Brian on the ear when he was three, according to Timothy White's 1994 book The Nearest Faraway Place. That incident might explain why Brian so yearns for harmony -- and has had such a hard time finding it. Wilson's been through other tragedies as well. In 1983, his brother, drummer Dennis Wilson, drowned; 15 years later, singer-guitarist Carl Wilson, who, like brother Brian, had perfect pitch, succumbed to cancer.

Wilson's creativity has also stumbled along the way. Not only has his well largely run dry, he's battled huge psychological demons, various members of his immediate and extended families have -- to put it mildly -- kept their distance, and he and the Beach Boys have battled over the group name and authorship of the material for years. They also are involved in various libel and slander suits linked to books that have been written about this most troubled and emblematic of America's pop families.

Wilson's latest dilemma is keeping his material meaningful without banking totally on reminiscence. Though he has always liked being in his room more than anywhere else, that doesn't pay the bills. It also doesn't satisfy what Wilson says is a continuing drive to create. How strong that drive is comes clear on Live at the Roxy Theatre, the double CD Wilson is selling over the Internet only (for now). Two new songs, the Disney-gospel "The First Time" and the elegiac and charming "This Isn't Love," suggest his muse is alive, even kicking.

"I just want to keep busy and circulate my name," Wilson says via phone, a few weeks before launching the two-month tour that brings him and a 10-piece band to Cain Park this week. "I intend to do a studio album in November, rock and roll stuff, yeah. I have some stuff in the can."

The publicist who arranged the telephone interview with the Beach Boy auteur allots no more than 14 minutes and says Wilson wants to focus on his website (www.brianwilson.com), his new double CD, and "The Pet Sounds Symphony Tour" about to start. His Cleveland date is one of just four tour stops that will not feature an orchestra. Why that is, he can't answer. Wilson, who doesn't interview well and didn't talk to the press for years, also waffles when asked whether he will re-record his signature, Pet Sounds, with a full orchestra.

What is for sure is that the tour will feature material from Pet Sounds, as well as an acoustic set. Because the Cleveland date will lack an orchestra, it's unclear whether it will showcase an orchestral overture of classic Wilson songs arranged by longtime collaborator Van Dyke Parks, a brilliant Southern Californian even more eccentric (and usually sunnier) than Wilson himself. What might be Wilson's best album of the '90s is Orange Crate Art, a rarefied, occasionally precious 1995 collection of Parks's eccentric Americana sung by a thin-voiced yet eloquent Wilson.

While Wilson's solo career has been erratic, his work with the Beach Boys, who created their best work in the '60s, was anything but. Between 1962 and 1966, the Beach Boys released 12 Capitol LPs that spawned nearly two dozen Top 40 hits. But from the mid-'60s to the mid-'70s, Wilson essentially lived in his bedroom, while Capitol released anthologies and repackages capitalizing on the group's brilliant if shortened past.

In the early '70s, the Beach Boys, with Brian as an occasional songwriting contributor, released records on the Brother imprint and on Caribou. Brian never performed with the group, however. In 1976, they returned to the pop charts, hitting number five with their glossy take on "Rock and Roll Music," a tune by one of their key influences, Chuck Berry, that suggests how well they capitalize on nostalgia. They wouldn't hit the Top 10 again until 1988, the year Brian Wilson released his first serious solo statement, the spotty Sire album Brian Wilson (which will be reissued on September 5 with 11 tracks that weren't on the original). That same year, the Brian Wilson-less Beach Boys scored with "Kokomo," their second number-one hit. In 1995, Wilson released an album that served as a soundtrack to the documentary I Just Wasn't Made for These Times. Even though it was produced by superstar rehabilitation expert Don Was, the reverential, timid disc didn't do much more than the Sire record had.

The new live CD, however, is surprisingly good. Backed by members of Los Angeles pop group the Wondermints and a gang of expert session players, Wilson offers gorgeous takes on "Do It Again," "Darlin'," and the lovely "Lay Down Burden," which he dedicates to Carl. Wilson even banters with the adoring crowd, dusts off some Beach Boys classics with gusto and guilelessness, tips his hat to his own myth with a snippet of the Barenaked Ladies' "Brian Wilson," and reveals two new songs. His falsetto is intact, and he seems to have regained some authority. Not only is this Wilson's first live release, it delivers more than it promises, suggesting there's a future for him as much as a past. It also represents what he claims as one of his enduring pleasures -- writing songs.

But that pleasure isn't without pain, even now. "I'm trying to, I'm having some difficulty, very slowly working into it, I'm slowly getting into writing new songs," Wilson says, his voice timid, even boyish. And this time, he's trying to write alone, rather than with Parks or any of the Beach Boys.

Especially now that the Beach Boys, headed by Wilson's first cousin, the authoritarian and reactionary Mike Love, are on their own, a nostalgia act that relies heavily on the notions of an eternal summer and a simplistic patriotism. A Beach Boys show headed by Love is karaoke for baby boomers. No wonder Wilson hasn't performed with them for years.

Wilson is also free of Dr. Eugene Landy, the former California clinical psychologist whom the California court system ordered separated from him in 1991. Wilson nevertheless still sees a psychiatrist, eight years after the Landy connection was severed.

Is it going well?

"Very well," says the walled-up Wilson. "He's helped me out a lot."

Wilson also says he's pleased with his new record label, BriMel (the splicing of "Brian" and "Melinda," the name of his wife), and his new children, both adopted. Daria is three and a half, Delaney two.

"I just got tired of my old way of life," he says. "I thought I'd try something new."