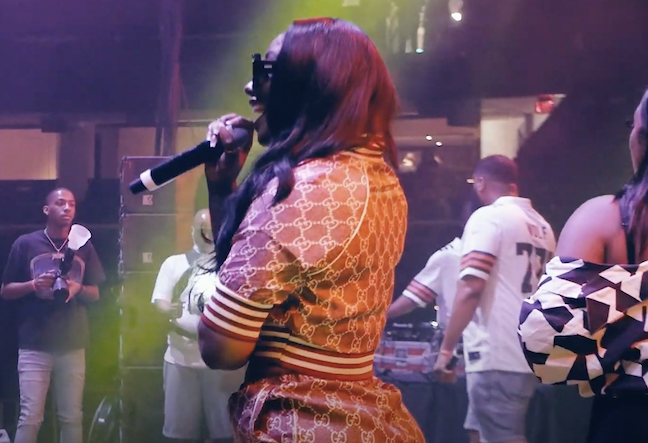 "I wasn’t sure if I wanted to share this WITH y’all or not but I’m too loved to be having y’all worrying. IM STRONG BUT ITS GON BE A PROCESS," she wrote. "I just want yall to know I’m feeling better each and everyday and I really appreciate all of the love prayers and kind words I needed that!!"

Piggy was one of four people who were shot early last Saturday morning around 1 a.m. outside of Medusa. (Cleveland.com reported police hadn't indicated whether the shootings happened inside or outside of the nightclub, but Medusa said in a now-deleted Instagram post that the incidents occurred outside and that, because of tight security, no one with a weapon entered the club.)

A 28-year-old man was shot in the foot, according to Cleveland.com's report, and was driven to University Hospitals, while two other women were shot multiple times and treated at MetroHealth.

Police have released no other information.