With Paul Sidoti. Sunday, June 19, at the House of Blues. 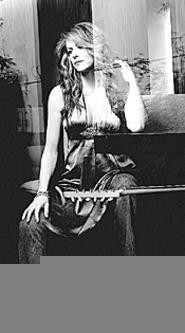 On her memorably titled 1995 debut, Did I Shave My Legs for This?, Deana Carter burst into Nashville with unexpected yet mellifluous pop, attracting three million album-buyers as a maverick singer-songwriter testifying with gentle honesty about sex's tender traps. In 2003, she left Nashville with a muffled plop. Her third album moved barely 85,000 copies in a market turned inside out, dominated on the left by cover girls like Shania Twain and on the right by goateed posses pledging beer for their horses and rough justice for foreigners.

In March, however, the 40-year-old singer began a new chapter in The Story of My Life, a self-penned and self-produced debut for Vanguard Records, home of one-time mavericks from John Hiatt to Dolly Parton. Unlike some, Carter doesn't dig for her rural roots; she creates a universal, mainstream singer-songwriter sound that owes as much to Stevie Nicks as to Reba McEntire. By definition, it lacks the excitement of her Nashville breakthrough, but her sad breakup numbers and paeans to suburban rebel girls, both balanced shakily between self-determination and self-doubt, are as well honed as ever. Invite your favorite young country cousin to discover a compatriot who praises Elvis and Kurt Cobain in a single line without missing a beat.