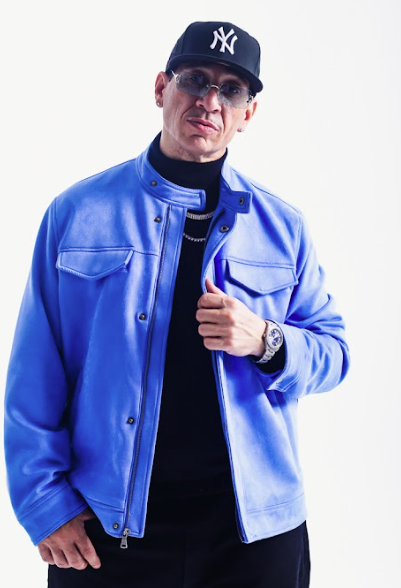 Courtesy of Fresh Fest Cleveland
Kid Capri.
Grammy winning DJ and producer Kid Capri famously started scratching when he was only 8. His career would subsequently take off after he began circulating his mixtapes in the Bronx. Reportedly, the first DJ to perform on major networks like HBO, BET and VH1, Capri continues to promote hip-hop culture. He hosts a Sirius radio show that features both “old school jams and new school bangers,” as it’s put in a press release. In a recent phone interview, he spoke about his new album, The Love, which just came out earlier this year.

In addition, the Cleveland Botanical Garden will be on hand with an interactive art installation. Returning festival favorites include an outdoor roller-skating rink, yoga and wellness activities in the park, live art installations and various demonstrations.
Fresh Fest Cleveland’s mission is to “celebrate the arts and urban agriculture, promote health and wellness, showcase fresh local food, all while breaking down the barriers of this unified and fertile neighborhood and emphasizing cultural unity.”

Talk about those early days when you would scratch records on your dad’s Zenith stereo system. What inspired you to take up scratching at such a young age?
It was a hobby. It was something we did when we were growing up. When I was a little kid, that was just what I did.

What kind of music did you play?
Everything. I played all kinds of music. That’s how I grew up and what we would listen to in our household. That’s what we listened to. It was a lot of soul music.

Do you remember your first paying gig?
Yeah. I do. It wasn’t a lot of money, but I was happy to get paid. I knew if I could get paid that little bit of money, big things would come later. I did it when there was no money. I appreciated it a little more when I started getting the money. It was at a hotel in Manhattan. It was my first big show I did with all these other big-name artists.

Talk about selling your mixtapes back in the day. What was that like?
I used to sit on the street corner. They got so big that they revolutionized the DJ business and how music was played and how a DJ should look and sound and perform. It wasn’t just about my mixtape. I take all those things together and still bring them together on the stage. That was my way of doing it. When I did it, it blew up to a world-wide thing. Before I did it, it wasn’t that big. After I did it, it became a world-wide phenomenon and DJs took my path in terms of how I sounded and how I looked and performed. They took that path, which is a good thing because before me a DJ wasn’t really making no bread.

How’d you wind up DJing on major networks like HBO, BET and VH1?
It came from me grinding the streets and making myself known for making albums and movies. Besides talent, it’s how you treat people. I was really good at that. Fortunately, it brought me a lot of different things.

Talk about working with Jay-Z on “Hard Knock Life.”
Jay is cool. He don’t write nothing down on paper. He thinks in his head. It comes out the way it comes out. I’ve known him for a long time. My manager started working with Roc-a-fella first and then started managing me, so that relationship goes way back. When I gave him “Hard Knock Life,” that opened the doors in a big, big way. It was going on my album, and I gave it to him for his album. It was a good thing.

You’ve performed with Jennifer Lopez. Talk about that.
I opened for her in Vegas. I’ve also worked with Kendrick Lamar. I’ve worked with everybody. Everybody is people just doing what they’re doing and having fun. I did Martha Stewart’s first party when she came out of jail. I did so many things. I did a party for Michael Jordan and on and on.

Earlier this year, you released The Love. When did those songs start to come together?
I sat down during the pandemic to focus on other things. I just wanted to focus on this one project. We wanted to do something different. I produced and wrote the whole album. My album Soundtrack to the Streets was the first of its kind. It was a producer album with all the rappers — Jay-Z and Busta and Nas — before all the DJ albums came out. With The Love, I didn’t want to do the same thing. I wanted to do something different. I wanted to make the record I wanted to make. I didn’t need a whole bunch of people on it. It came out good, and people loved it.

It offers a positive perspective at a time when it’s hard to be positive about anything.
Absolutely. I wanted to be different from everybody else. When everybody is doing the same thing, I wanted to stand out.

As much as I appreciate the messages in the songs, the beats are there too.
I did all the beats. I did all the vocals. I did everything. I didn’t put no mainstream artists on it. My mother is on the front cover, and my daughter is on the second single and video, “Uptown.” It’s not just typical album that has two songs and that’s it. It’s a full body of work.

What will the live show be like?
We’re going to stomp it out. It’s party time. We all come to have a good time. We’re going to turn Cleveland up all the way to 10. That’s it.