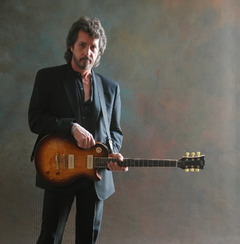 Roots of American Music, the 10-year-old local nonprofit group that enlists area musicians to go into schools and use traditional musical forms to teach kids about American history and culture, is hosting its annual benefit and its biggest fundraiser of the year at 7 p.m. on October 10 at the Beachland Ballroom.

ROAM has snagged two of the area’s true music legends to co-headline the show: folksinger Alex Bevan and the one and only Michael Stanley.

Although both artists have had only moderate success outside Northeast Ohio, both became stars here in the ’70s. Bevan, who released his first album in 1971, became known for his tune “Skinny Little Boy," a perennial favorite on local radio. Later he joined performers who made the Erie Islands their summer home and augmented his repertoire of humorous, good-time tunes and traditional folk ballads with material about the region’s natural beauty, influenced by a growing interest in environmentalism. He also makes pickles. (WTF? —ed.)

Stanley, of course, fronted the Michael Stanley Band, which by the mid ’80s held the attendance record at every venue in the city. He’s continued to release records and perform in various configurations since MSB’s breakup in 1987 and currently runs his own label, Line Level.

ROAM claims it’s the first time the two have ever shared a stage in their nearly 40-year careers, which probably isn’t strictly true (both performed at a 2002 benefit for the late folksinger John Bassette, for instance), but still, it’s a rare occasion.

Concert-only tickets are $50; VIP tickets, which include dinner in the Beachland Tavern, valet parking, drink tickets and preferred seating for the show, are $125 and sell out quickly. The event also includes a silent auction, with a Gibson guitar among the items up for bid. Call 216-321-9353 to buy tickets or get more information. —Anastasia Pantsios