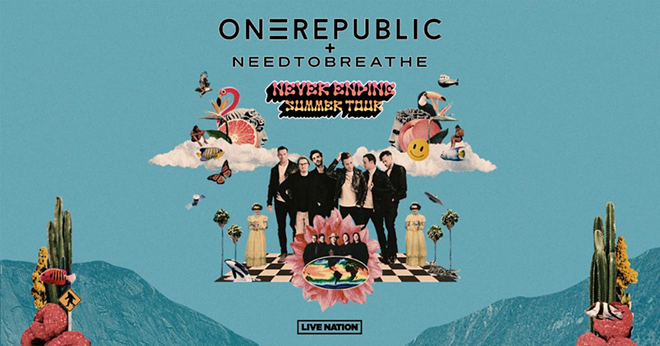 Courtesy of Live Nation
Artwork for OneRepublic's summer tour.
The pop/rock band OneRepublic has announced the dates of its Never Ending Summer tour with special guest NEEDTOBREATHE, and the trek comes to Blossom on July 28.

OneRepublic just released its new single, “West Coast,” and the group also just premiered the video for the song.

Citi cardmembers will have access to presale tickets beginning at 10 a.m. on Tuesday.

Tickets for the OneRepublic concert at Blossom go on sale to the general public at 10 a.m. on Friday, March 4.