Friday, April 18, at the Beachland Tavern. 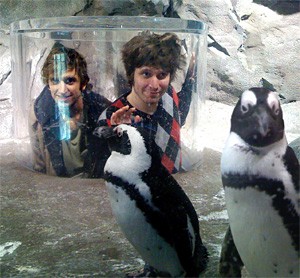 It would be easy to simply tag this unsigned Brooklyn quartet as electropop and be done with it. But listen closely, and you'll hear music that reaches far beyond that genre's limits. The Epochs work with a bunch of different styles and influences, forming something completely original within the electronic realm — not an easy task. In "Tug of War" — a highlight of the band's independently released self-titled album — a syncopated acoustic-guitar-based beat slowly gives way to campy musical theater. And "Love Complete" sounds like a J-pop version of David Byrne. Live, the Epochs are a bit rawer, giving listeners a sense that, for now at least, they're mere diamonds in the rough.