Scene's 10 Most Popular Restaurant Reviews of 2022

Dining editor Doug Trattner ate far and wide around Cleveland. What did readers enjoy the most? 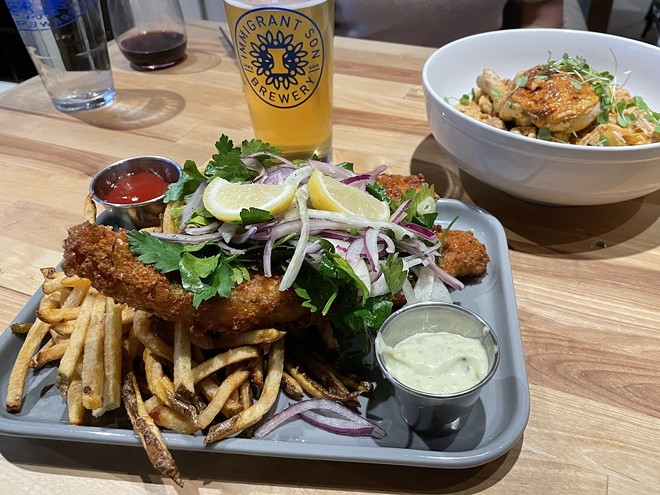 Our intrepid critic enjoyed meals at dozens of restaurants this year, some new, some old, some that arrived with big fanfare, and others that quietly opened and flew under the radar.

Below are the top 10 most popular reviews Doug wrote this year after all that eating, and the list tells me a few things. First, that like us, Clevelanders are proud of restaurants that have stood the test of time and eager to hear the stories of places that have scrapped for survival through the decades. Second, that it's always worth celebrating when a place opens in the suburbs that serves its neighbors in ways chains don't and offers something they'd usually have to travel across town for. Third, not everyone agrees with Doug, including myself. And fourth, y'all really freaking like your pizza.

In reverse order to build all the suspense... 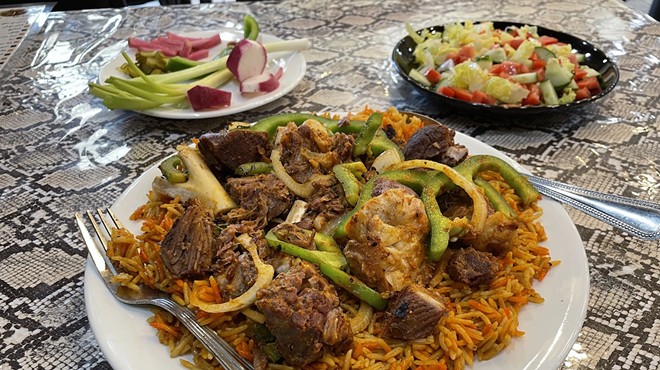 Damas Eatery, Newly Opened on Cleveland’s West Side and Owned by Syrian Immigrants, Is Already Putting Down Solid Roots: The restaurant found a home in the former Kifaya's Kitchen space

As triumphant as the fetteh was, it’s the goat mandi ($19.99) that will beckon me back. Arranged on a bed of fluffy, seasoned rice are meaty pieces of bone-in goat. Expertly cooked, the meat has a mellow, sweet, lamb-like flavor and it separates easily from the bone. Damas offers a variety of sauces to enhance the foods, including a spicy pepper puree and a sweeter one made from roasted peppers. 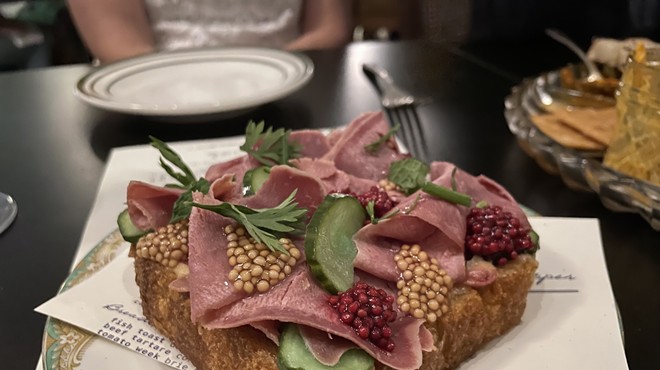 Cordelia, the Youngest Restaurant on East 4th Street, Is Its Most Daring and Delicious: Makin' grandma proud

Despite the tender age of two months, Cordelia displays the maturity of a much more seasoned restaurant. From the city’s most dramatic open kitchen, Cimino calls out orders to his team at a volume commensurate with the din of the restaurant around him. The scene will look and sound familiar to regulars of the boisterous basement kitchen at Greenhouse Tavern during its heyday. From his side of the pass, the chef inspects and then dispatches plate after plate of technically complicated but supremely approachable food. 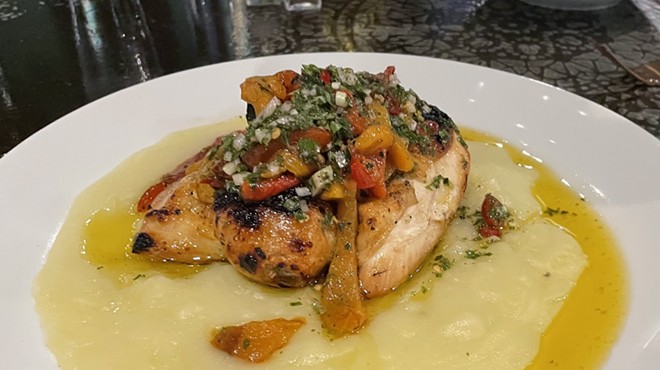 Ask a resident of Solon where he or she goes to eat when searching for a great meal and you’ll likely get responses like Chagrin Falls, Tremont, Ohio City, Hudson, Cleveland Heights… In place of hip, chef-driven bistros serving compelling and delicious foods, this far-flung suburb subsists on a steady diet of bland national chains, repetitive regional chains and cozy but predictable local haunts. 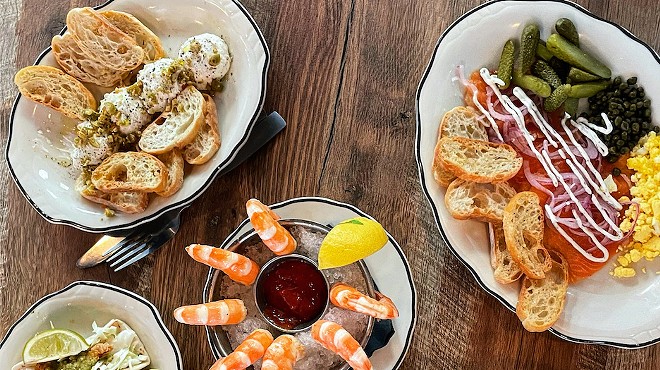 Salty Mary's Oyster Bar in Westlake is a Seafood Snacker's Delight: The owners bring decades of restaurant experience to their growing roster of eateries


Diners kick back to the soothing sounds of yacht rock, snuggle up to the real wood fire, and knock back oysters done every which way. We enjoyed delicately fried oysters ($11) with roasted jalapeno aioli and garlicky broiled oysters ($11), both presented in their shells, but the restaurant also offers them raw, as shooters in mini Bloody Marys, and Rockefeller-style with spinach, bacon and blue cheese.

Even without touching an entrée a guest can put together a glorious spread of coastal delights. Options include steamed clams, Old Bay-steamed shrimp, tuna crudo with avocado, and house-cured Arctic Char served lox-style with diced onion, egg, capers, cornichon and crostini. 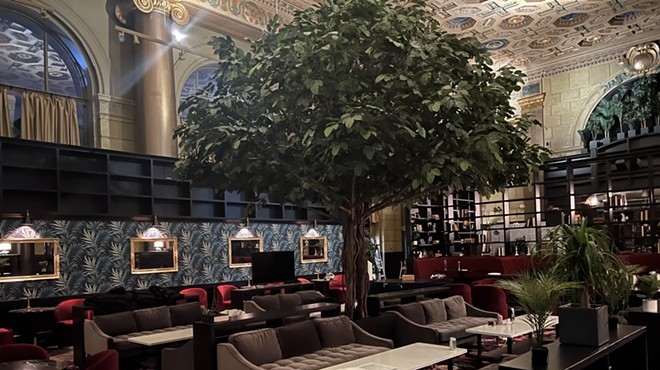 Bartleby Delivers a Buzzy Lounge Experience in One of Cleveland’s Grandest Spaces: Instead of fine dining or cutting-edge cuisine, it delivers a fun, approachable modern American menu

One of the biggest surprises about Bartleby is that you can soak up all this fabulousness without breaking the bank. Judging by the room alone, a diner might expect to find a menu dotted with 100-dollar seafood towers, 60-dollar steaks and 40-dollar pastas. Yagi chose another path, which he referred to as “fun dining not fine dining.” In place of cutting-edge cuisine, guests can take comfort in a Modern American menu that is as approachable as it is affordable. 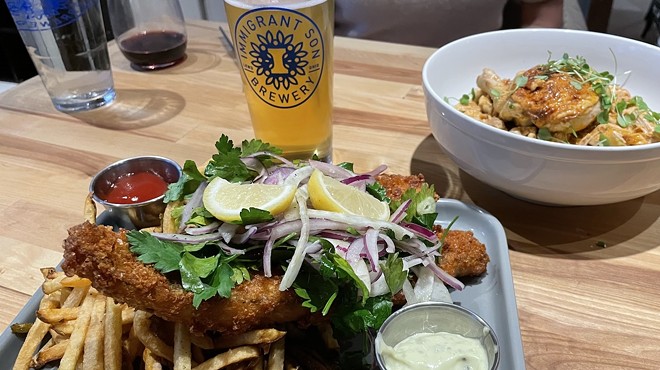 Review: Immigrant Son Brewing Is Already Hitting on All Cylinders in Lakewood

If you land in the camp of critics who believe, without much empirical evidence, that Cleveland has too many breweries, know this: Immigrant Son is not your typical brewery (nor is it in Cleveland). Equal attention has been paid to the four main elements of the operation – beer, food, service and setting – so that even if you don’t happen to fancy a frosty pint of crisp, clean, straw-colored Kölsch, you needn’t sit there and squawk. 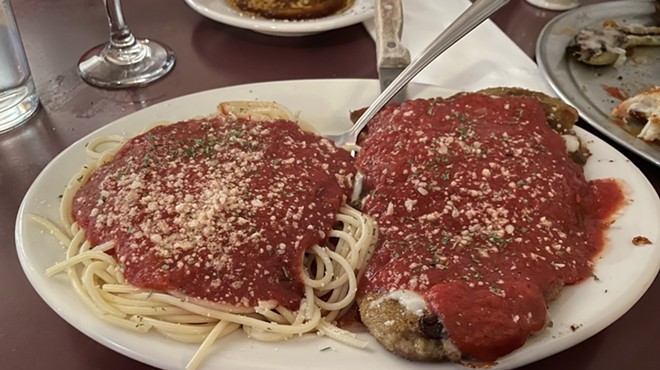 Cleveland Classics: Scotti’s Italian Eatery Has Been a Delicious Constant Through the Ups and Downs of East 185th St.: With road construction finally nearing an end and new restaurants opening, the street is poised for a rebirth

In terms of neighborhood amenities, Scotti’s sits right there at the top. The Italian American restaurant has a great bar, open kitchen and comfortable dining room. Prices are well below market rates for from-scratch, hearty and delicious food. One of the ways Nathanson keeps his prices so low is by not accepting credit cards, so consider yourself warned.


3. The Spot on Lakeshore 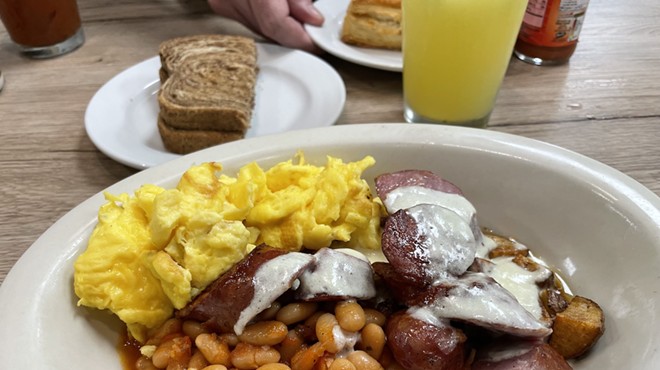 You might call The Spot a “gastro-diner,” a place that melds the come-as-you-are comforts of the neighborhood hash house with a gently elevated menu grounded by local ingredients and solid technique. The Spot’s menu is a two-sided affair that offers all-day breakfast items on one side and tempting lunch items, available starting at 11 a.m., on the back. Not many diners stock a full bar so we took advantage of the situation by ordering a Breakfast Margarita ($9), which tempers the sting of tequila with fresh orange juice, and a Bloody Mary ($9) that is garnished with celery, olives and a whole rasher of bacon. 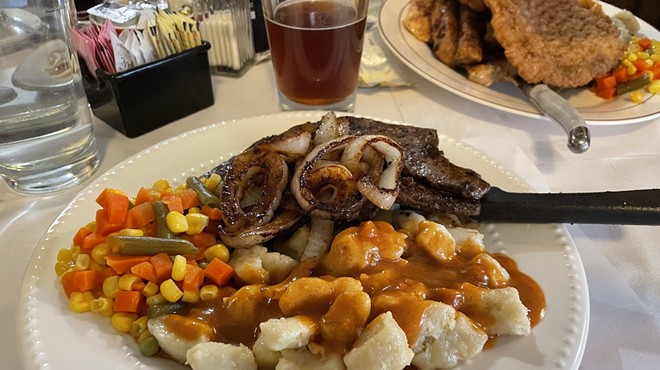 Cleveland Classics: As Historic Restaurants Shutter, Marie’s Is Still Dishing Up Quality Comfort Food Four Decades In: "I think that’s one of the things that people love about us; we don’t change"

Little at Marie’s has changed since the start. Guests can still count on a warm welcome, gracious service and huge portions of family-style Eastern European food. The menu is loaded with comfort food staples like beef goulash, chicken paprikash, stuffed cabbage, liver and onions, and wiener schnitzel. Those items are joined by a few curveballs like chicken marsala and shrimp alfredo.

“It’s still the same menu,” says Tanya. “Even our daily specials are the same. I think we only added two things since we opened. I think that’s one of the things that people love about us; we don’t change. Even after mom passed away, we just try to do it like she did it.” 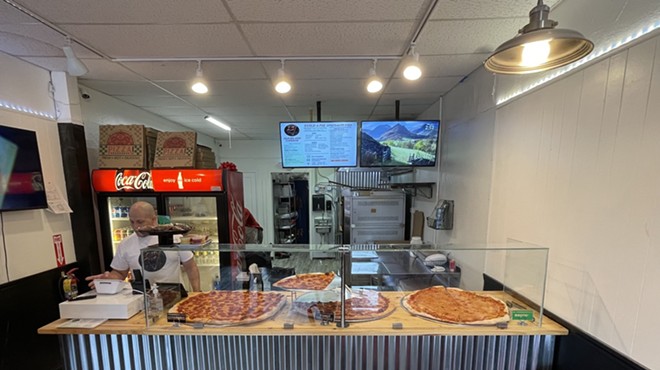 City Slice’s slices are carved out of gigantic 40-inch pies, which results in single slices that are larger than an entire Neapolitan pizza. The thin, chewy crust is soft enough to fold, which prevents flopping, but sturdy enough to support the toppings. A thin but even layer of salty low-moisture mozzarella barely covers the mildly seasoned red sauce. Like any great NY-style slice, it’s the balance between crust, sauce and cheese that creates a winning slice.